“Harvest is plentful, labourers are few”

Fr. Stephen and Sch. Prabhu are full time vocation promoters for our province. They go around different catholic parishes and schools addressing the catholic boys explaining to them the need for choosing our way of life abiding by the will of God.   They also go to other states like Tamil Nadu, Kerala and Karnataka, inspiring them to join the Society.  Lots of efforts have been made by Fr. Stephen to bring in the candidates to Andhra Jesuit Province from different cultural and ethnic backgrounds. Celebrating Eucharist in these places creates vocation culture as father preaches about the call of our Lord and our response to the same. He also inspires the catholic families talking about the need to promote vocations and to bring up the children in catholic faith and certain basic values
Earlier, Fr. Stephen had attended a national level meeting for the vocation promoters held in Nagpur, by the CCBI Commission for Vocations, Seminaries, Clergy and Religious. These courses were very helpful and serve as guide to foster good vocations. Sch. Prabhu attended the south-western zones of South Asian Assistancy – level meeting, for the pre-novitiate Directors and Vocation promoters, represented by 17 Jesuits from 11 different provinces.
There are a few new initiatives taken this year for better promotion of vocations such as Calendar preparation, Creating Website, face book accounts, Preparing Brochures in different languages like English(Revised Version), Hindi, besides already existing Telugu, Malayalam, Tamil, Kannada brochures, Meeting Vincent de Paul volunteers, Jyothirmai animators  and Jesus youth groups.
The vocation promoters have planned to intensify the selection process of the candidates to ensure good quality in vocations such as, visiting the families to know their family background, health profile, academic performance, interest and spiritual orientation of the candidates and interviews by a few experienced Jesuits.
The vocation promotion commission meeting was held on the 03rd of October, 2013 in Andhra Loyola college residence during which certain key issues were discussed and a few problems were addressed. The General body meeting for vocation Promotion was held on the 17th of November in Satyodayam and about 15 participants were present for the same. It began with the Holy Eucharist presided over by Fr. M. Kishore SJ. He spoke about the challenges involved in Vocation promotion and the necessity of God’s Grace in the mission.
The meeting began with a prayer by Fr. Stephen and the members actively contributed to the meeting with their valuable suggestions and concerns. Fr. Provincial appreciated the vocation promoters for their good and hard work. He mentioned that vocation promotion is a challenging task and it is a challenge to every religious congregation and provinces in the world
The vocation promoters are busy with the preparation for the vocation camps to be held in four different places this year. The camp dates are as follows:

Note: All these camps would be held for students who are completing their 10th, intermediate, degree and studies above.
We request all the Jesuits in the province to pray for and promote good vocations to the Society of Jesus.

Do you want to become a Jesuit?

Join  by attending the vocation camps conducted by us. 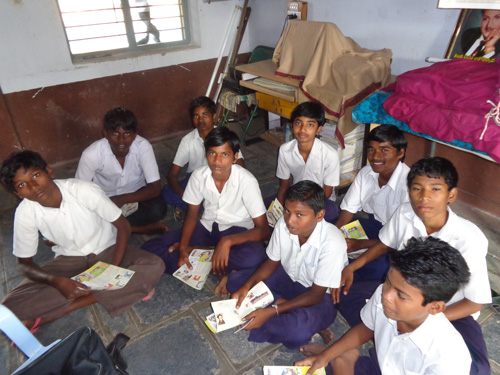 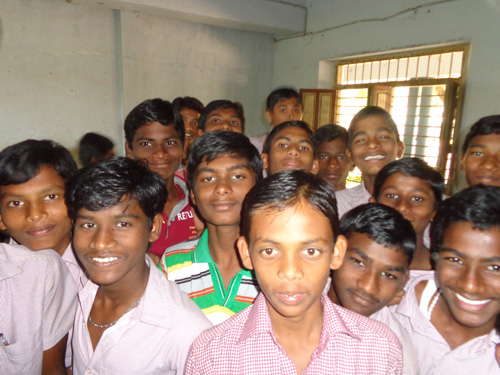