Loyola Degree College was founded by Sri Y.S. Raja Reddy Educational Trust in 1979. It is affiliated to Sri Venkateswara University, Tirupathi. Right from its inception, this college is intended to serve mostly the rural students, both boys and girls, in the remote part of Rayalaseema region. It has been offering courses in Science, Arts and Commerce in bothTelugu and English media.

Believe it or not, it was one of those rare coincidences that brought Jesuits of Andhra Province in contact with these Institutions. In 1988, Rev. Fr. Paul Satvanarayana S.J., of happy memory happened by chance to meet Sri Y. S. Rajashekara Reddy, the then member of legislative assembly, in one of the shops in Hyderabad. Incidentally both were old studentsof ALC Vijayawada during their Graduate studies. It was during this ‘chance’ meeting, that

The Government of Andhra Pradesh, a year later, approved the transfer of the management of Sri. Y. S. Raja Reddy Educational Trust to Loyola Educational Society, Pulivendla, along with its assets, properties and staff. It also permitted the change of the name from YSRR Degree College to Loyola Degree College (YSRR), Pulivendla.

From the time the Jesuits took over these two Institutions, a great deal of improvement has been seen both in academic standards as well as improvement of results of students.In the Degree College the strength of students who joined various courses increased from700 to 1350, out of which more than half are girl students. Thanks to the hard work, discipline and rescheduling of academic calendar, the results have improved from year to year to the satisfaction of Staff and students. At present this college is recognized as one of the top 10 Institutions under S. V. University jurisdiction. We have improved the infrastructure too like adding extra classrooms, constructing a new and spacious library building, a multipurpose hail and a cycleshed for the Staff. Two more new labs, one for Chemistry and one for Physics, have been added to the existing four labs.

Since its inception, from 1980, this institution has been offering 3 year Diploma Course in Civil, Mechanical and Mining Engineering. In the year 1992-93, Diploma in Electrical and Communication was started. Two years later we added Diploma in Electrical and Electronics. In 1999 Diploma in Computer Engineering was introduced with AICTE’s approval. From 1984, admissions to the Polytechnic are regulated through State level Entrance Test (CEEP). Being a Christian Minority Institution, we have the unique privilegeof admitting fifty percent of Minority students on the basis of qualifying examination mark i.e. l0th standard. we added extra class rooms, revamping the existing workshops of various faculties, constructing a new workshop for repairs and maintenance, a new and spacious library building as wel1 as a huge auditorium for the use and convenience of Staff and students. Due to the hard work put in by the Jesuit Management as well as the dedicated Staff, both teaching and non-teaching, this institution, at present, is recognized as one of the premier technical Institutions in A.P. It is gratifying to note that inspite of numerous Engineering Colleges that have come up in recent years in A.P., the rush for admissions to our Polytechnic has never decreased. That only shows the immense popularity this institution enjoys among the public at large.Education imparted in our institution is not mere instruction. The need for value based education is recognized and practiced by our Institution. This Institution aims at influencing the conscience and character of the young, giving them a value system that will enable them to become good citizens, apart from imparting knowledge and training.

We give them personal guidance as young people pass through, in general, an identity crisis when they are neither children nor adults. We also give preference for the poor and concentrate on the integral formation of the young. Thanks to the hard work of staff and students and insisting on discipline and regular study, this institution is able to produce consistent and good results year after year. Besides many other facilities, the college also has an exclusive website, www.loyolapolytechnic.com for the benefit of staff, students and alumni. We also have a centre for career guidance, counseling and placement cell for our students.

Since these two Institutions have been located in a rural area, we are able to cater to a large number of economically poor students, both boys and girls, to transform qualitatively their life-style. Through various extension programmes in which both staff and students are involved, we are able to influence many people in surrounding villages. Already our influence is felt in the neighborhood There is, of course, plenty of scope for further improvement in various activities of these two Institutions. We hope, in the years to come, these two Institutions may become a shining example, a lamp lit on a hill top, to realize our vision and mission, namely “Preparing our students to become Men and Women for others”.

The primary objective of the institution is to provide higher education in a Christian atmosphere to all deserving students including those belonging to the Christian community. It admits students irrespective of their cast, cread and cult.

It tries to achive the Jesuits educational goal of “forming men and women for others”. We have two hostels, one for the boys run by the Jesuits and another for girls run by the sisters of Society of Jesus, Mary and Joseph (JMJ). 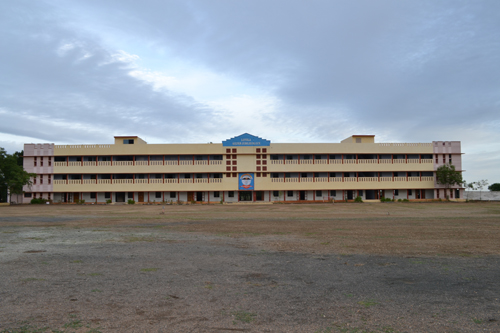 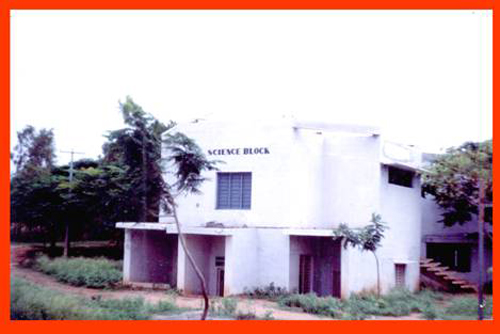 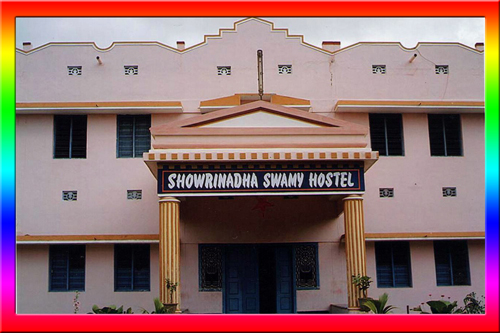 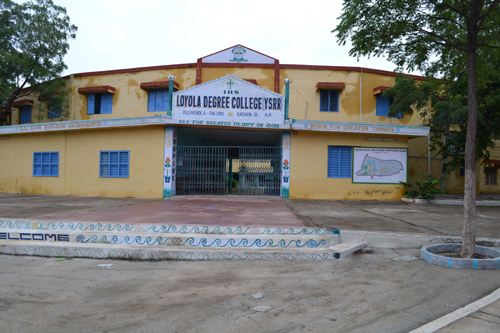 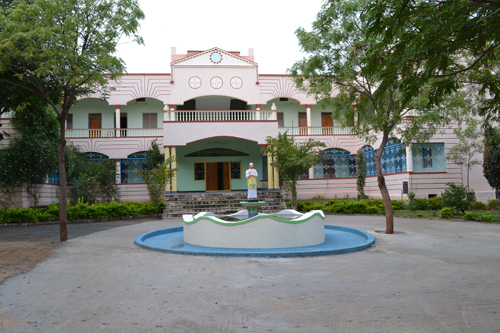 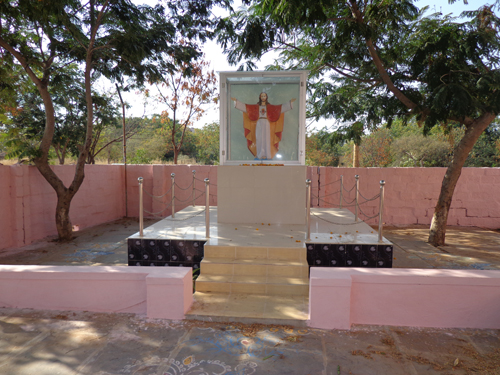 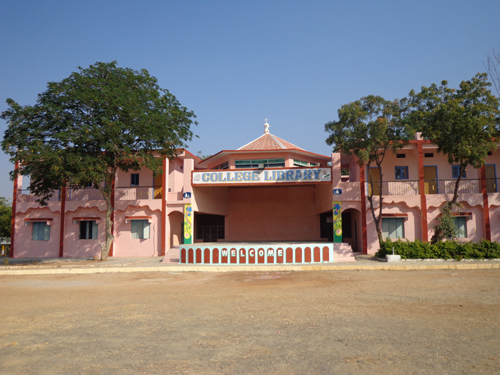 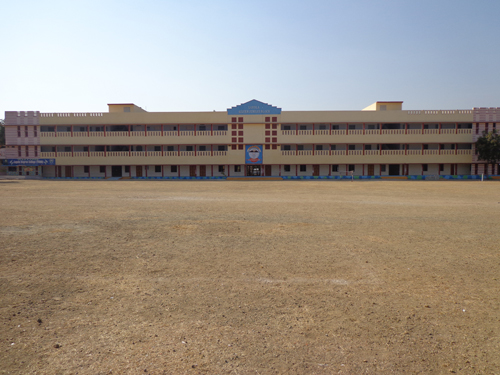 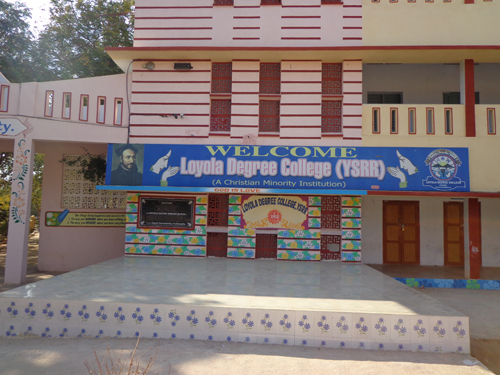 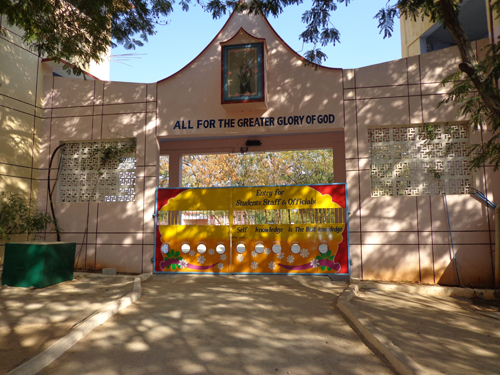 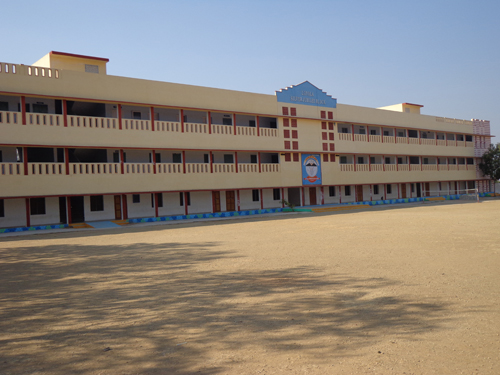 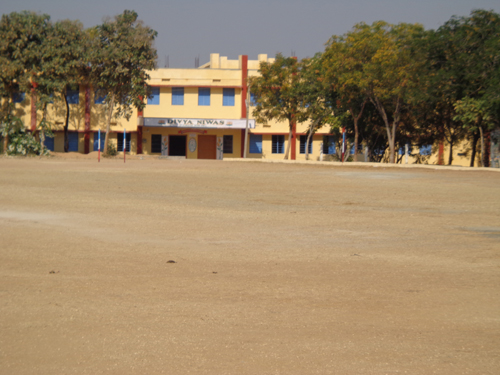 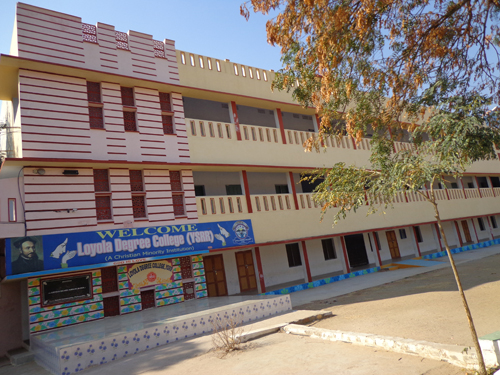 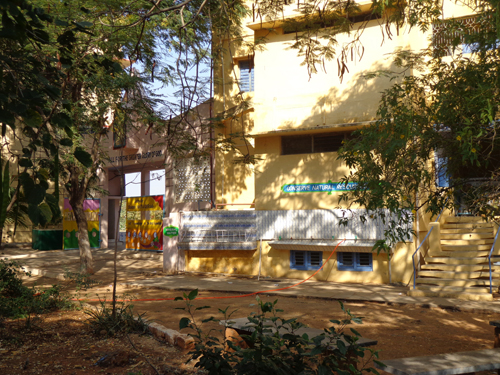